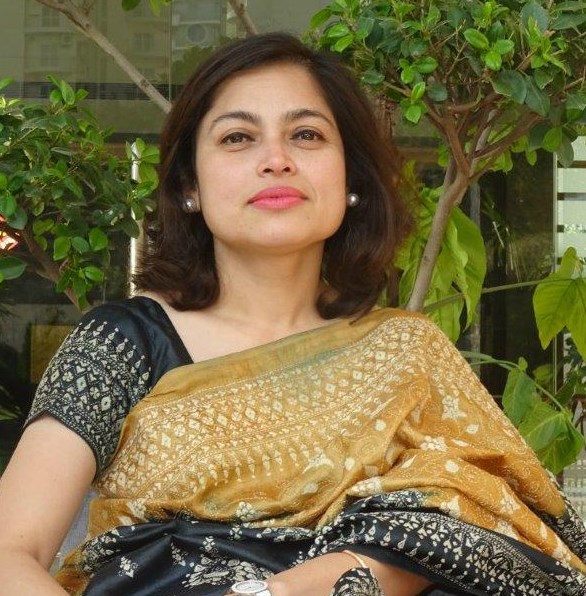 LPS Global School is headed by Ms. Mahuya Mandal, an academician par excellence with over 23 years of experience in the field of education and instructional leadership.

She is a gold medalist in English Literature, both at the Graduation and Post-graduation level from Presidency College, University of Calcutta.

She was awarded the Junior Research Fellowship (JRF) by the University Grants Commission for topping the National Eligibility Test (NET) for Lecturers in English for pursuing M. Phil.She was also a merit holder in the IELTS exam (International English language Testing System) conducted by the British Council.

She has a rich and varied experience of being a Lecturer at Jamia Millia Islamia (Central University), Gargi College (University of Delhi), heading the Senior Wing at DPS, Mathura Road for over a decade and Principalship of Cambridge School, Noida.

Adept with modern educational techniques, she firmly believes that every child is unique and it is the joint responsibility of the parents and the school to hone the innate special intelligence of the student and help the child attain his/her full potential. A firm believer in Plato's principle that "The direction in which Education starts a man, will determine his future life," she is committed towards providing a robust, vibrant and holistic education to every student at LPS Global School.